Amidst the different types of funding...
What are Accelerators? 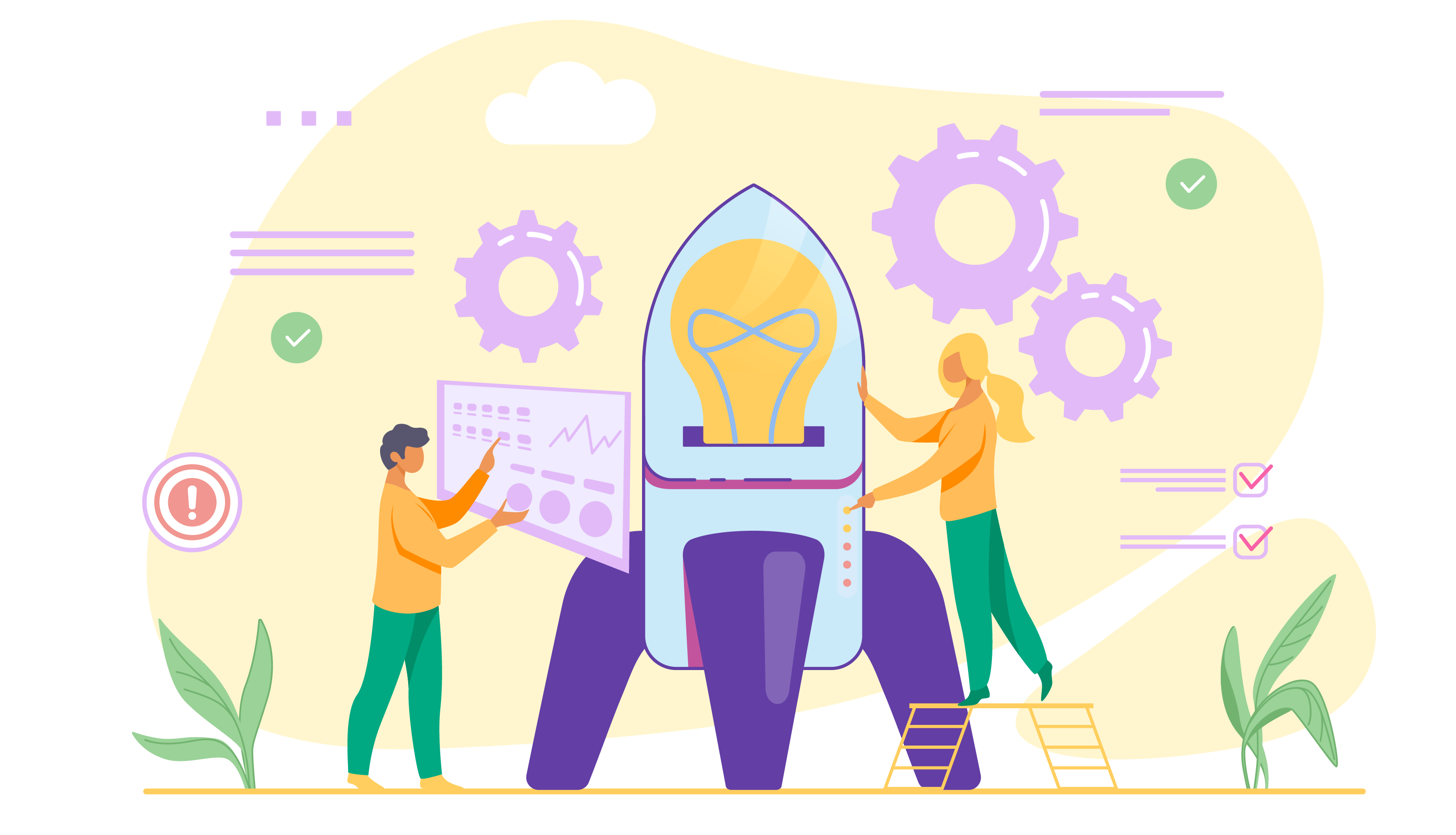 Accelerators, commonly known as seed or start-up accelerators (not to be confused with incubators), are programmes that provide young companies with access to mentorship, funding, networking and other resources. The aim of accelerators is to "accelerate" the growth of companies, focusing on scaling the business model as quickly as possible, and hopefully be ready for seed or series A funding from VCs by the end of the programme. Candidates accepted into these programmes typically receive $10,000 to $150,000 in seed funding in exchange for a small amount of equity stake. 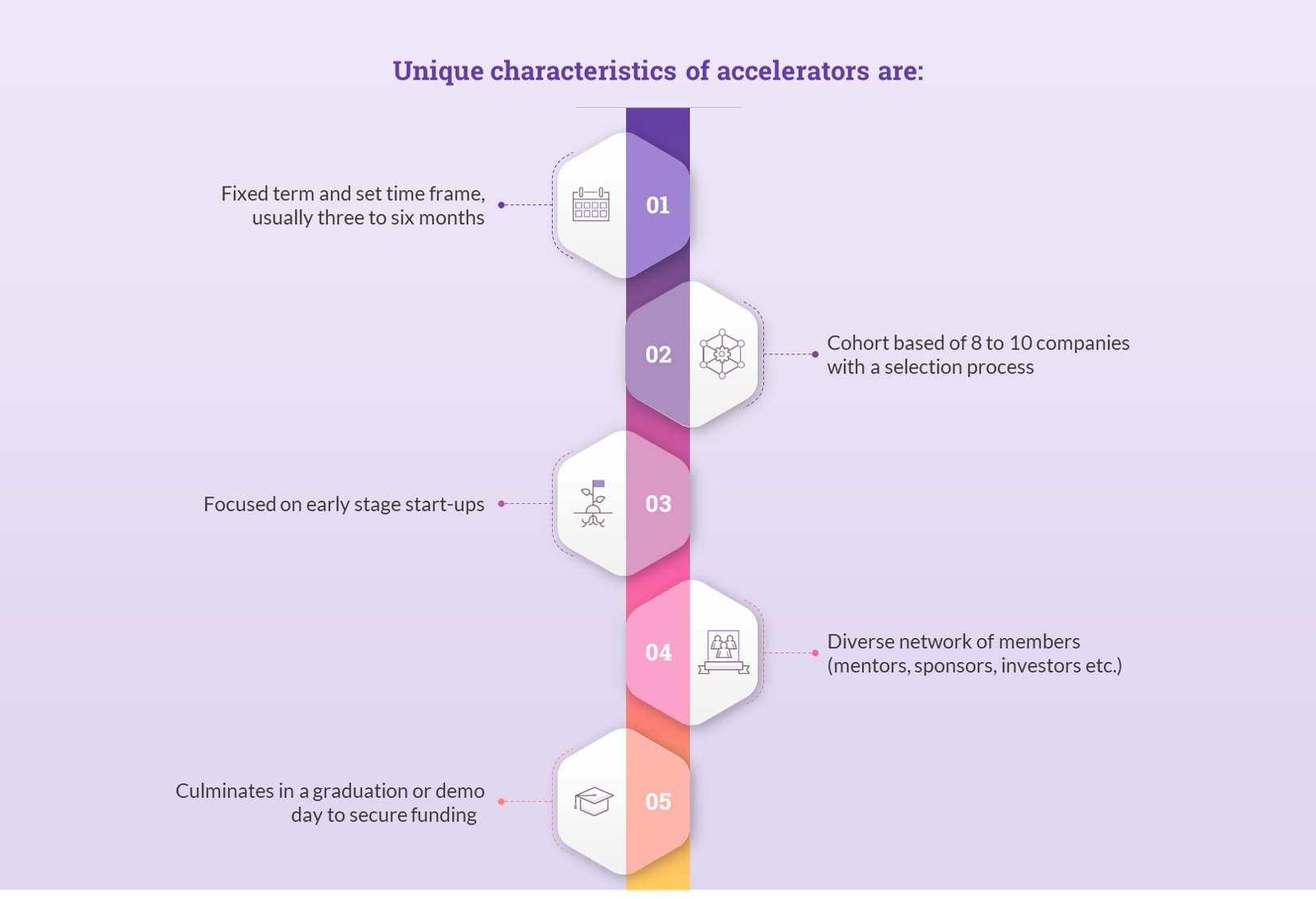 The most prominent start-up accelerator – Y Combinator (YC), founded in 2005 by Paul Graham – has launched over 2,000 start-up companies. Notable start-ups that received funding from YC include Dropbox, Airbnb, Twitch and Reddit. Getting accepted into the top accelerator programmes can be a challenging process - YC gets more than 10,000 applications every batch, and only 100 to 150 get funded (an average of 1% acceptance rate).

Accelerators usually have programmes on an annual basis, so it is important to prepare your application early!

With over 10,000 accelerators globally to choose from, Qapita has compiled a list of different types of accelerators to consider: 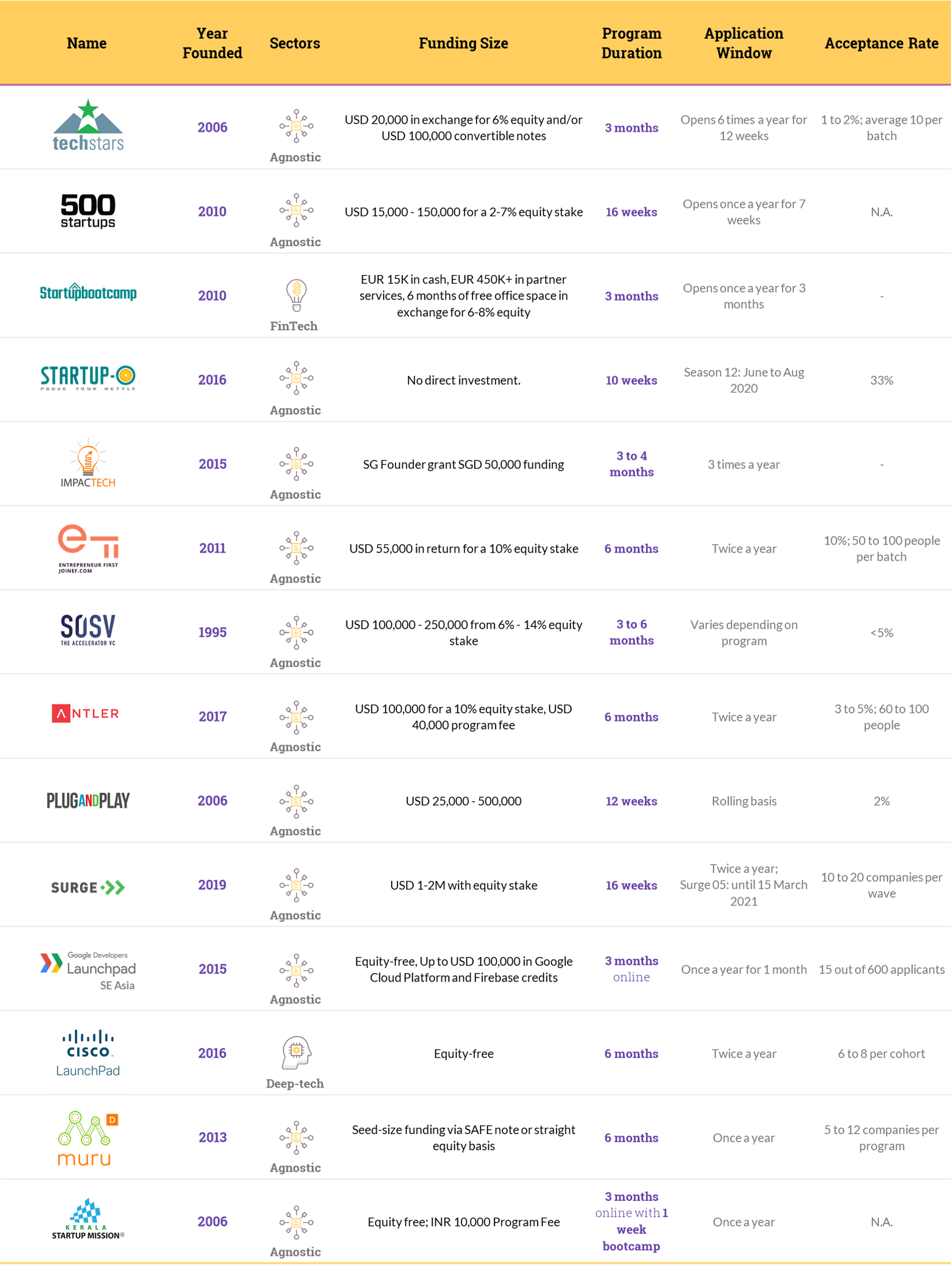 After looking at the list, how do you decide if accelerators are the right path for you? While many notable start-ups grew out of accelerators, there are also plenty of entrepreneurs who have had tremendous success without participating in these programmes. Among other factors, it depends on whether you are able to commit fully to the programme, and enjoy working in a fast-paced, high-pressure environment. Furthermore, the amount of funding you receive is also relatively less, compared to angel investors and VCs.

Accelerator programme might not be the choice for everyone, it depends on your wants and needs

Even getting into the most successful accelerators like YC does not guarantee success - out of the total number of companies they have funded, only about 20 were valued at over $100 million. But hey, this is never the end, just the beginning.

Our Finishing Line - is a quote from Drew Houston, co-founder and CEO of Dropbox,

"Don't worry about failure; you only have to be right once." - Drew Houston, Co-founder & CEO, Dropbox